When does winter start in Canada? Pretty much as soon as summer ends. And winter often doesn’t end until May or June in much of the country. With such a long winter, why spend your time huddled inside getting cabin fever? Sure, I like bundling up with a mug of something warm and a good book as much as the next person, but getting outside is not only good for one’s health and wellbeing, it can also be a lot of fun.

I’ve recently gotten into snowshoeing in order to be able to get outside more often this winter and plan on taking at least one skiing lesson – just to try it out. Another (perhaps less active) way to enjoy and celebrate winter is to head out to one of the many winter festivals happening across the country. So, don’t just stay inside and watch the snowfall and wonder when spring will arrive – enjoy and celebrate winter in Canada!

Here is a list of 11 festivals in order of the date they occur:

Frostival Fredericton is and festival partners Shivering Songs, Crabbe Mountain and the Playhouse have been working hard to ensure this winter will be anything but drab and dreary. With something for absolutely everyone, FROSTival is a must for winter fun.

Running for over 30 years, Jasper in January is a festival celebrating the beauty and spirit of winter. Activities include fat biking, dog sledding, skating, skiing, and more. There is no shortage of nighttime entertainment, with free live shows featuring acclaimed musicians and comedians.

After all the excitement of Thanksgiving, Halloween, and Christmas have passed, it’s nice to have something fun to look forward to in January to celebrate winter in Canada!

Interrupt winter in Saskatchewan (Saskatoon. Regina.) and Alberta. Taking place in January, the 3 locations of Winterruption feature events both indoors and outdoors. The aim of Winterruption is to promote the arts in a snowy setting. There are a number of events for all ages. Programming will be diverse and inclusive, in genre, gender, sexuality, age, and culture.

2020 is the first year that Winterruption will take place in Edmonton. I really like this little note on the official website for the festival: “Winterruption YEG takes place on Treaty 6 territory, the traditional territories of the nehiyaw, Dene, Stoney Nakoda, Nakota Sioux, and Annishnabe. We would also like to acknowledge this land is home to Metis and Inuit peoples. The volunteers, producers, patrons, and artists humbly admit that we are learning what it means to be on Treaty territory and unceded land. We recognize the land as an act of reconciliation and gratitude to those whose territory we reside on or are visiting. “

This festival is all about the arts, music, and beer and is a way of celebrating Calgary year-round. The Big Winter Classic is not very family-friendly, but it is where arts, music, and local beer collide during a four-day winter wonderland weekend.

An epic skating rink, a giant winter playground, Winterlude mascots, arts and culture programming, and live music are just a few reasons why Winterlude has become a must-visit winter festival. There are activities and events happening through the urban Ottawa-Gatineau region.

The 2nd weekend of Winterlude is here and we’re thrilled that all 7.8km of the Rideau Canal Skateway will reopen tomorrow at 8am! 🙌 Tag someone who you’d like to take for a skate. ⛸ . 📷 @brandonpotter #MyOttawa #Ottawa #DiscoverON #ExploreCanada #Winterlude

The Winter Festival made its debut in 1894 and was sporadically celebrated until 1955 when the festival got an official mascot and started to be celebrated annually.

The official mascot of the Winter Carnival is named Bonhomme Carnival: “Bonhomme is the official representative of the Québec Winter Carnival. White as snow, wearing a red tuque and arrow sash of heroes of our past, Bonhomme embodies the joie de vivre of Quebecers!” – courtesy of the Carnaval de Québec website.

A few of the activities you can look forward to enjoying:

“The only legal cure for Cabin Fever blues!”

With Yukon’s population spread out in a vast landscape, people come together to not only have the opportunity to collect census data but to have a few laughs, connect with the rest of the community, and to feel part of something special. Toughing out the cold, dark winter is made a little bit easier with this festival. “The gathering [is] a celebration of sorts and creat[es] an understanding among the residents that they [aren’t] alone – that they [are] all ‘in it’ together.” – festival website.

Kidsfest, which takes places during the Yukon Sourdough Rendezvous, is a free of charge series of events including potato sack races, egg toss, and sliding down a toboggan hill.

Leading up to the festival is the Quest for the Crown – a competition to become the Yukon Sourdough Rendezvous Society, official Ambassador.

The search is on! Applications for the Quest for the Crown are now open! For more information and to sign up, follow this link; https://www.yukonrendezvous.com/2020-quest-for-the-crown YES- there are some changes, so if you have always wanted to be a part of this competition, but something has been holding you back… maybe now is the time?! #YSR2020 #QuestfortheCrown #candidatesearch #community #festival #ambassador

With giant snow sculptures, concerts, French Canadian food to try, dancing, and jigging, you’ll be wanting to embrace winter at the Festival du Voyageur in Winnipeg.

Every winter since 1970, Saint-Boniface, Winnipeg’s French quarter, is transformed into a winter paradise and becomes host to the largest winter festival in Western Canada. Voyageur, Métis and First Nations histories are brought back to life, not only through the historical interpretation offered inside reconstructed Fort Gibraltar, but also through the many attractions inside Voyageur Park and at the festival’s various official sites.

Now in its 23rd year, Snowking’s Winter Festival was created to celebrate arts and music in a winter setting in order to capture the imagination of children and children at heart, promote local and northern content as well as cultural heritage, and encourage tourists to visit Yellowknife during the winter season.

The centrepiece of the festival is a huge snow castle, which takes over 2 months to build. It is made entirely out of snow and ice and on any given day during the festival, the Snowcastle may host a children’s play, a film festival, art exhibit, rock band, or be transformed into a dance club.

It’s going to be a great weekend down here at the castle – starting off with a wedding today! Come on down, open at 12!

With all these exciting festivals happening this winter, there’s no reason to ride out the long, dark, cold winter days at home! Which of these 11 festivals will you be attending? 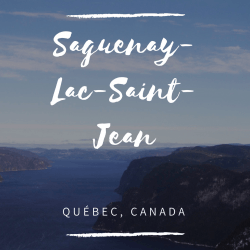